Marie-Sophie Germain was born on April 1, 1776 in Paris. She was the daughter of a family of successful silk merchants and grew up into the Parisian bourgeois, one of the highest social classes of Paris at that time. Germain was introduced to political and philosophical discussions from early on in her life, and in order to escape from the politically charged atmosphere (the French Revolution took place in 1789) she found refuge in her father’s library. It was through the books L’Histoire des Mathématiques by J. E. Montucla and Traité d’Arithmétique by E. Bézout that, at the age of thirteen, she discovered mathematics. In those books, she read a story about Archimedes’ death that reflected his passion for geometry and convinced her that the subject was worthy of study. Besides, mathematics was an environment where she could live untouched by the social reality.

Pursuing the objective of becoming a mathematician was not an easy task for Germain, mainly because she was a woman and this caused her family to be against that goal. In their opinion, she should be raised to become a well-educated woman and housewife: studying mathematics was not meant for girls. Her family’s opposition did not stop her: she taught herself Latin and Ancient Greek so that she would be able to read the works of Newton and Euler. Eventually, her parents gave up their resistance and supported her financially in her studies for the rest of her life. This meant that she was free to learn mathematics just for the pleasure she got from them, also because finding a professional position as a mathematician was out of question.

With the new family support, at the age of eighteen she enrolled in an analysis course taught by Joseph Louis Lagrange and offered by the École Polytechnique in Paris. She followed the course by correspondence, using the fake male name M. Le Blanc to hide her identity. After the publication of Legendre’s Essai sur la théorie des nombres, she discovered her interest in Number Theory: she was so enthusiastic about this branch of mathematics that she immediately started to have correspondence with him. This interest grew stronger with the publication of Carl Friedrich Gauss’s monumental work Disquisitiones Arithmeticae. She studied the book in depth for three years and worked on her own proofs of the theorems, which she discussed over correspondence with Gauss himself.

The three of them –Lagrange, Legendre and Gauss– were impressed by “Mr. Le Blanc’s” mathematical correspondence and had profound admiration and respect for “him” as a mathematician. They all ended up finding out that Mr. Le Blanc was not a man but a woman, however this didn’t diminish the admiration and the respect they had for her. If anything, it became even larger: Lagrange even became Germain’s mentor and sponsor. Even though these famous mathematicians supported and appreciated her, Germain’s gender did affect her career and studies. She could not take part in the scientific conversations and debates taking place in academia, which left her as a bit of an outsider of the mathematical intellectual circles.

In 1808, the Paris Academy of Sciences opened a contest which caught Sophie Germain’s interest. The goal of the contest was to give a mathematical explanation to a series of simple and ingenious experiments with metal plates by German physicist Ernst Chladni. This new interest occupied her life for the following eight years, handing in up to three attempts at the contest with her works in elasticity theory. Even though the jury was not fully satisfied with her work, she ended up winning the prize and, later on, self-publishing her work in the field.

After the contest ended, the Academy of Sciences opened a new contest regarding Fermat’s Last Theorem. This revived Germain’s passion for Number Theory (which she claimed to have always had in mind): in a letter to Gauss from May 1819, she wrote “Although I have labored for some time on the theory of vibrating surfaces […], I have never ceased to think of the theory of numbers.” In fact, her work on a proof of Fermat’s Last Theorem was her major contribution to Number Theory, and she managed to prove the first case of the theorem statement for all odd primes p<100 –the best result of her contemporaries.

Germain died in Paris on June 27, 1831 from breast cancer. She didn’t create any new, break-through method like Emmy Noether did, but her work distinguishes her as an important representative of the mathematicians of the early nineteenth century, both for the mathematical content of her research and for her style. However, after her death she didn’t get the recognition she deserved by the international community of mathematicians, and it has not been until recently that she got recognized for her contributions. Germain’s career is a clear example of the obstacles women have faced in the history of mathematics in order to dedicate themselves to study and research. 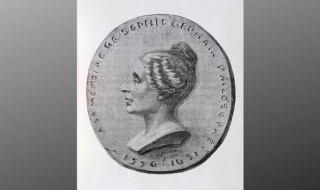