Florence Nightingale (1820-1910) was the daughter of an upper-class English family; so she was supposed to use her education to take part in polite conversations and catch a suitable husband. Instead she studied at home, collected data on health care and death rates, used convincing graphic visualisations of the data in her reports, and became a ‘passionate statistician’ and reformer of health care.

Florence Nightingale and her older sister were educated by their father, a graduate from Trinity College, Cambridge, who considered education for girls as important as for boys. Florence (named after the city where she was born) was taught geography, music, grammar, composition, modern languages, history, Latin and Greek and a little bit of mathematics. Mathematics was not suitable for girls, but Florence loved numbers and when she was 20 years old she expressed the wish to study mathematics. Alhough her parents did not like this much, she received some further tuition in mathematics and afterwards continued with self-instruction. She also met many mathematicians and scientists during house parties and dinners and befriended some of them.

Florence became convinced that her calling was in taking care of the ill; she wanted to become a nurse. This was out of the question for a young woman of her standing; nursing was an ill-paid job for the women from the lower classes. So instead of nursing she busied herself with collecting a large amount of data on health and hospitals, analysed and studied those. In 1853 she sent a questionnaire on administration of illnesses and death rates to several hospitals in Europe, and tabulated and analysed the information received. Also in 1853 she finally could work in a hospital, she got a position as superintendent in a London hospital for ‘Sick Gentlewomen in Distressed Circumstances’. That same year the Crimean War started, in which England, France, Sardinia and the Ottoman Empire fought against Russia. Florence Nightingale was asked to take a group of nurses to the military Scutari hospitals, near Constantinopel (Istanbul), where severely wounded British soldiers were nursed. These died in large numbers, through lack of proper nursing, low quality food, no good drinking water and appalling sanitation, resulting in an increased death rate, through illnesses such as cholera and typhoid. Florence managed to improve conditions somewhat and the death rates decreased. In order to convince politicians of the necessity of good sanitation, food and modern nursing practices, she collected statistical data. After her return to England in 1856, she had become a famous person; she used her influence and statistics to get politicians and administrators to improve conditions for the sick and the poor.

She used visualisation of statistical data in her reports to enable the public and the politicians to grasp quickly what was described more extensively in the text. In the use of statistics she got help from Dr. William Farr, a medical doctor and statistician. They would work together for nearly 20 years. Furthermore, Florence cooperated with many other people besides William Farr, journalists, statisticians, amongst whom Adolphe Quetelet, authors and politicians.

It helped that in the 19th century there was a strong belief in the power of numbers and statistics; however women were not supposed to burden themselves with such matters. Nightingale used statistics to reach reforms in health care and improve conditions for the military, the poor and the sick, she also initiated modern training for nurses; it all started with her love of numbers. She became a highly respected person, the first woman to be elected a Fellow of the Royal Statistical Society. 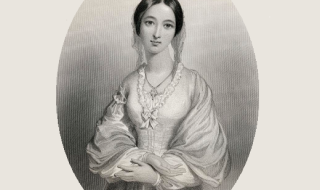